Robot Operating System is an endeavor of thousands of roboticists around the globe to make development of new robots easier. ROS is an open source project which includes a ton of useful tools and that makes developing process more efficient. The idea is that you do not have to redesign the wheel every time. Someone else has already done that, so you can focus your energy on specific part you want to build.

Here we will look at general scheme of ROS incorporated in Emlid Raspberry Pi OS. Firstly we will give a general concept of ROS and then do everything step by step to get started promptly with some basic understanding.

Our image includes pre-installed ROS, so all we have to do is to start it after a little setup. After running ROS we will find ourselves at ROS Master, the place containing all services, kind of a meeting point for nodes. From this place we now are able to find nodes and make them communicate to each other on your Raspberry Pi. For this moment we can imagine a node, for instance, as an IMU-sensor which gives us some data. There might be different set of drivers within one node. 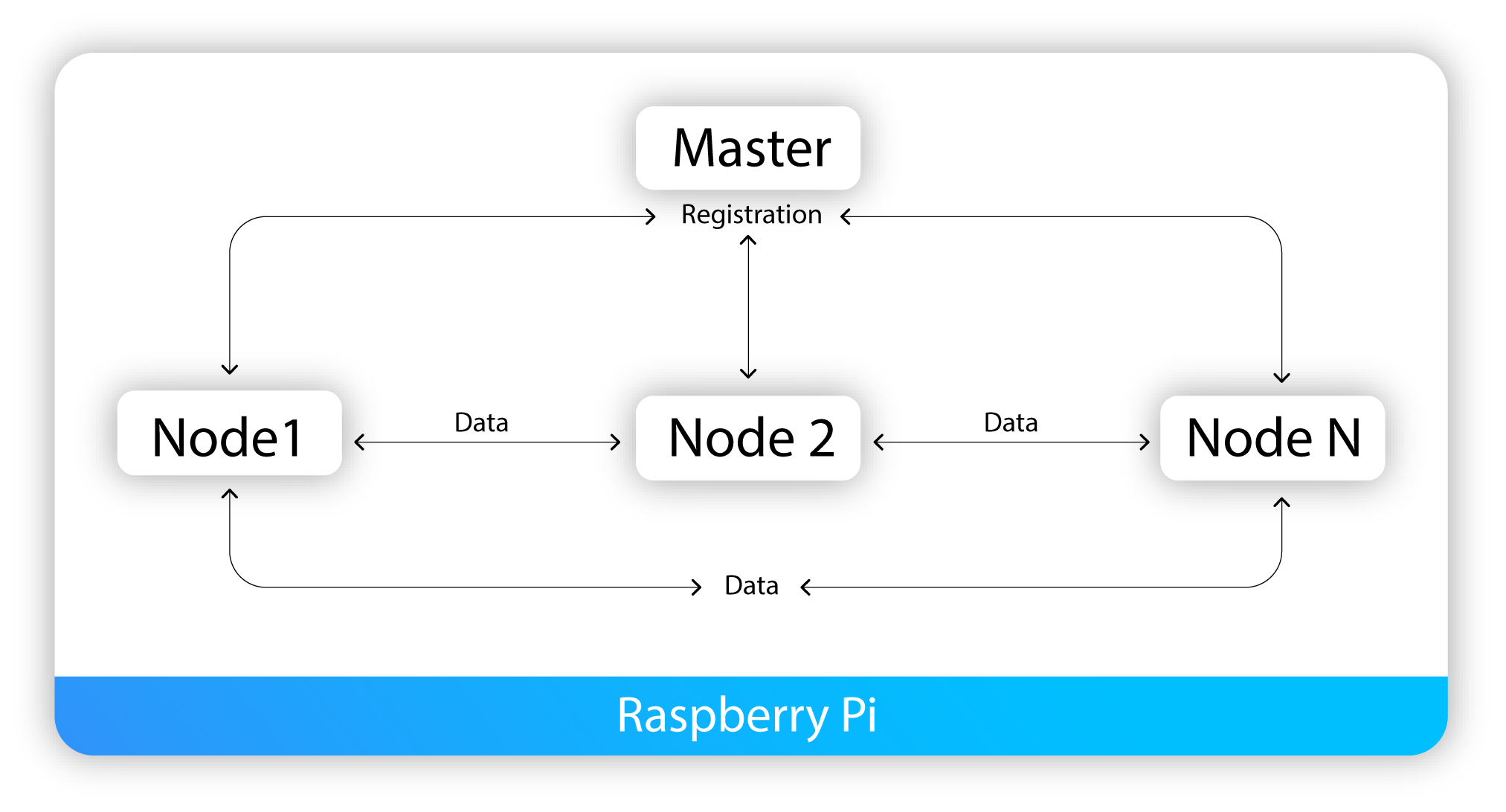 Now we are going just a little bit deeper. Nodes can find each other and share data. This data shared between nodes is called "Messages". Nodes can publish messages to the topics and may subscribe to topics to receive messages.

Let's take into consideration that we usually run ROS alongside ardupilot. For your convenience our image contains mavros node pre-installed. This node provides a lot of sensor drivers, communication driver for ardupilot and proxy to GCS. 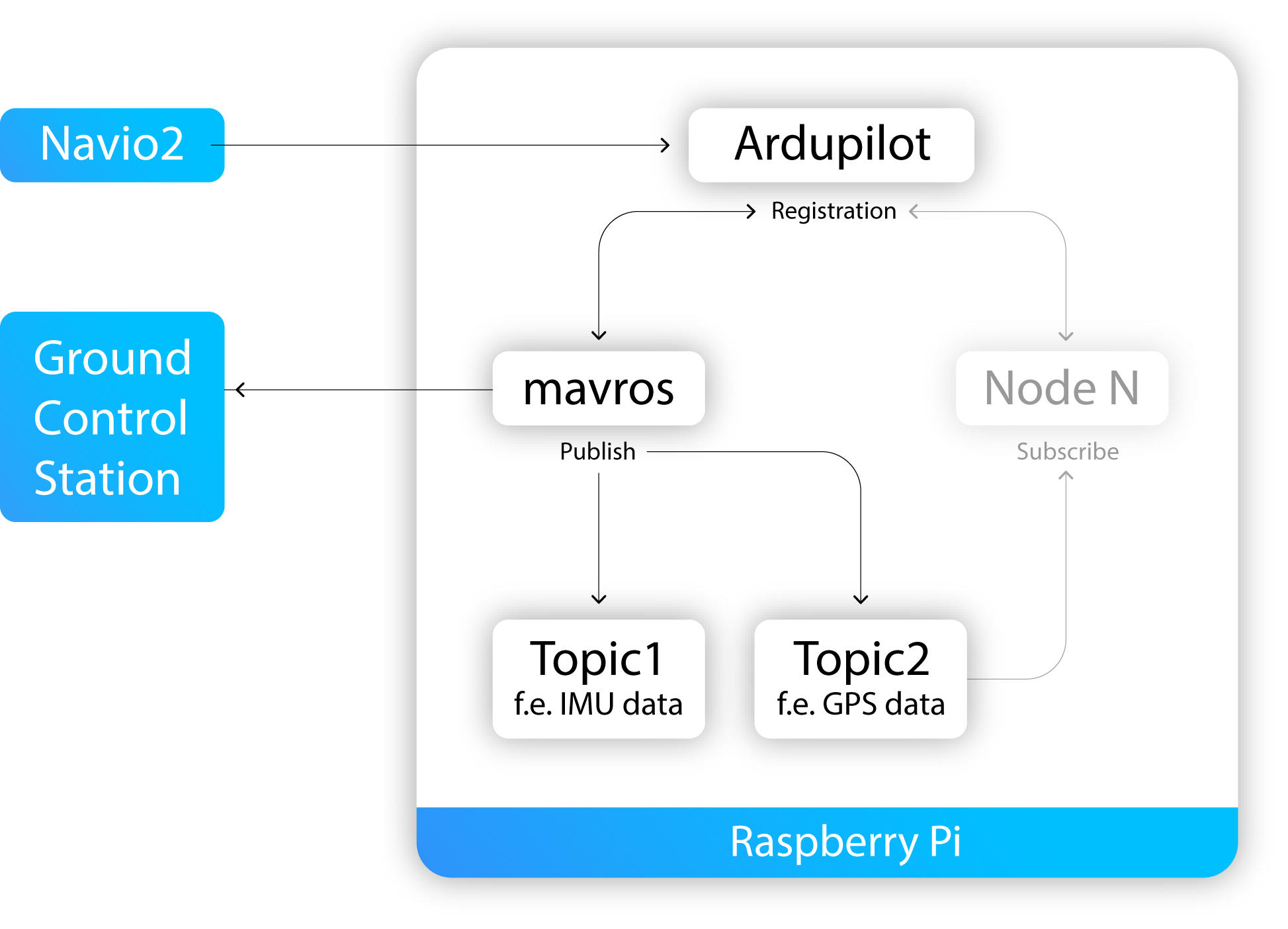 How to get your hands on: step by step​

Start watching the tutorial on asciinema.org.

You will need to ssh into your Raspberry Pi from several terminals simulteneously. That is why we recommend using a terminal multiplexer like tmux. For operating tmux while working with ROS you have to learn some basics.

Inside sessions we have to operate and navigate somehow with a number of functions. For this tmux has a universal shortcuts that lets you quickly perform many tasks.

For further information, please refer to this tutorial. 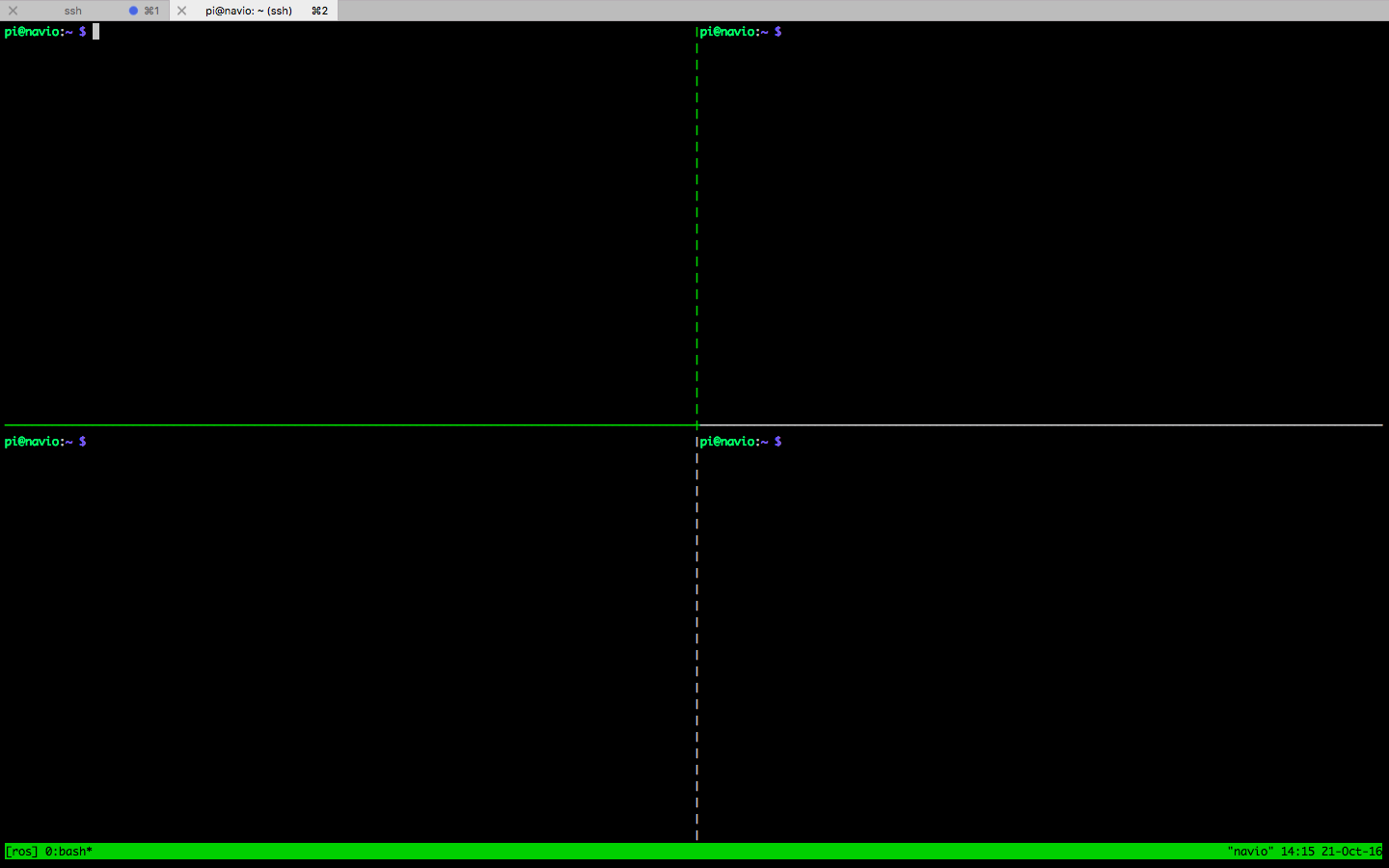 We recommend you to take your time and practice to navigate between panes in an efficient manner using hot keys.

Now it is time to start ROS Master. Select top-left (does not matter which one actually) pane and run roscore:

If you are successful bash will show you the following and you will see Master started on Raspberry Pi. 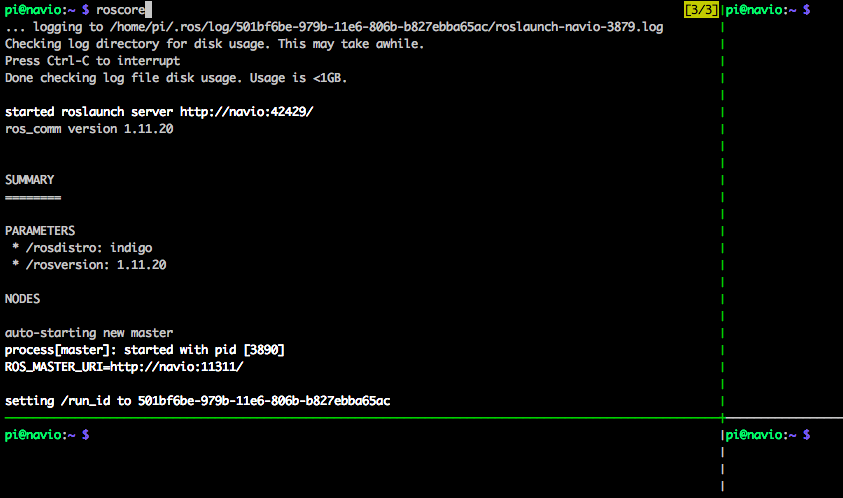 roscore is a backbone of ROS. It is the first thing you should run when using ROS because it is vital for successful node execution and making publisher-subscriber architecture work.

Let's run ArduPilot in another pane as stated in here pointing telemetry to 127.0.0.1:14650 by modifying /etc/default/ardu{copter, plane, rover} depending on which vehicle do you use. Let's say that we have copter. Then we need to enter:

This command launches ArduPilot (one-shot sudo systemctl enable arducopter to make it persistent). You will see your LED blinking.

In case you make changes in ArduPilot while it is working, you should then restart:

Launch your GCS (Ground Control Station) of choice. On the next step you will understand why.

As we have already discussed within the ROS package we are working with an executable files called nodes. Each ROS node contains specific functions and uses a ROS client library to communicate with other nodes. For example, we will run mavros which makes it easy to access sensor data from ArduPilot. Moreover according to the scheme from the overview, mavros will become a udp bridge to Ground Control Station we've launched on previous step.

Run this command in a third pane:

If you feel enthusiastic you can create a custom .launch file or edit pre-installed to launch everything quicker. Roslaunch will automatically start a roscore if there is not already one running. Example launch files are available in the /opt/ros/noetic/share/mavros/launch directory.

To run this on boot, you can create a simple systemd service. Create mavros.service file in /lib/systemd/system with the following contents:

And enable it on boot:

Finally after everything is set, you see something like this: 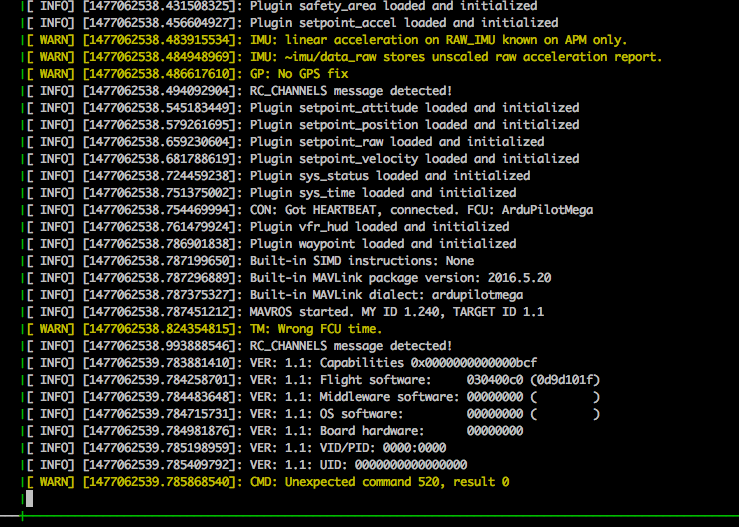 rostopic tools allows you to get information about ROS topics.

To learn sub-commands for rostopic you can use help option:

If you do not use GCS, but want to get data from rostopic, then you need to enter the following command for setting the stream rate:

For mavros we will run echo command in the last pane to show the data published on topic. 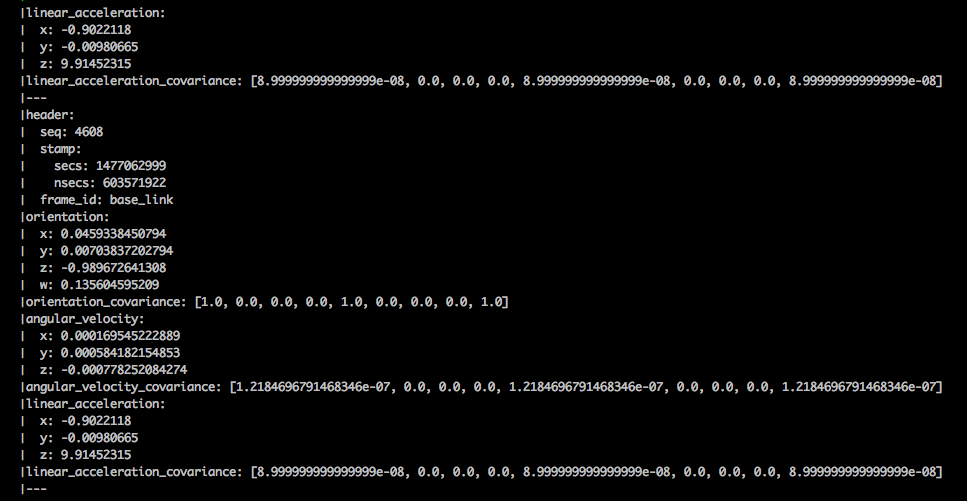 After typing rostopic echo /mavros/ you can press TAB to see the list of existing topics and check them to practice more.

You always can look more thoroughly on ROS wiki to get a better understanding of its concepts.